Stay Up To Date

At the crest of Beacon Hill stands Fifteen Beacon, a Forbes Four Star luxury hotel in the heart of Boston. Whether you're here for business or seeking a romantic escape, Fifteen Beacon offers the best in personalized service and a suite of amenities that define luxury.

What to read this Spring?

Spring into self-quarantine and practice #socialdistancing during this uncertain time. There is nothing better than a good book to take your mind off the reality of our current circumstances.

We hope this list from our XV Beacon staff favorite books encourages you to sit back, and lose yourself into a good book!

As an American in London on vacation with his family, Jack Ryan never imagined his quick thinking would prevent an assassination attempt on Britain’s royal family and earn him the gratitude of an entire nation–and the scorn of an ultra-left-wing faction of the IRA. Irish terrorist Sean Miller and his followers in the Ulster Liberation Army intend to make sure Ryan pays for his interference in blood. But he’s not the only one they’re after…

With the lives of his pregnant wife and young daughter in mortal danger, Ryan accepts a role as a CIA analyst in order to find Miller and shut down the ULA. Going head to head with a ruthless terrorist is a fool’s errand, but Jack Ryan is the kind of man who will do whatever it takes to protect his family.

Here is a book as joyous and painful, as mysterious and memorable, as childhood itself. I Know Why the Caged Bird Sings captures the longing of lonely children, the brute insult of bigotry, and the wonder of words that can make the world right. Maya Angelou’s debut memoir is a modern American classic beloved worldwide.

Sent by their mother to live with their devout, self-sufficient grandmother in a small Southern town, Maya and her brother, Bailey, endure the ache of abandonment and the prejudice of the local “powhitetrash.” At eight years old and back at her mother’s side in St. Louis, Maya is attacked by a man many times her age—and has to live with the consequences for a lifetime. Years later, in San Francisco, Maya learns that love for herself, the kindness of others, her own strong spirit, and the ideas of great authors (“I met and fell in love with William Shakespeare”) will allow her to be free instead of imprisoned.

Poetic and powerful, I Know Why the Caged Bird Sings will touch hearts and change minds for as long as people read.

Scout Finch lives with her brother, Jem, and their widowed father, Atticus, in the sleepy Alabama town of Maycomb. Maycomb is suffering through the Great Depression, but Atticus is a prominent lawyer and the Finch family is reasonably well off in comparison to the rest of society.

Born on the same day near the turn of the century on opposite sides of the world, both men are brought together by fate and the quest of a dream.These two men — ambitious, powerful, ruthless — are locked in a relentless struggle to build an empire, fuelled by their all-consuming hatred. Over 60 years and three generations, through war, marriage, fortune, and disaster, Kane and Abel battle for the success and triumph that only one man can have.

In Mongolia, when a dog dies, he is buried high in the hills so people cannot walk on his grave. The dog’s master whispers into the dog’s ear his wishes that the dog will return as a man in his next life. Then his tail is cut off and put beneath his head, and a piece of meat or fat is placed in his mouth to sustain his soul on its journey; before he is reincarnated, the dog’s soul is freed to travel the land, to run across the high desert plains for as long as it would like.

A heart-wrenching but deeply funny and ultimately uplifting story of family, love, loyalty, and hope, The Art of Racing in the Rain is a beautifully crafted and captivating look at the wonders and absurdities of human life…as only a dog could tell it.

Based on a simple metaphor, the book features powerful stories, actionable strategies and breakthrough discoveries from a 50-year study. Includes a toolkit with a new Gallup positivity test and a personality assessment made popular by Gallup’s previous bestseller (over 1 million completes).

The greatest conspiracy of the past two thousand years is about to unravel.

Robert Langdon, professor of religious symbology at Harvard, is in Paris to give a lecture. At the reception that follows, he is scheduled to meet with a revered curator from the world-famous Louvre museum. But the curator never shows up, and later that night Langdon is awakened by authorities and told that the curator has been found dead. He is then taken to the Louvre—the scene of the crime—where he finds out that baffling clues have been left behind.

Thus begins a race against time, as Robert Langdon becomes a suspect and, with the help of French cryptologist Sophie Neveu, must decipher a mystifying trail of clues that the two come to realize have been left specifically for them. If Robert and Sophie cannot solve the puzzle in time, an ancient truth could be lost forever—and they themselves might end up as collateral damage.

“He may be behind bars, but Warren Hoyt still haunts a helpless city, bequeathing his evil legacy to a student all too diligent – and all too deadly.

A year has passed since the capture of the Surgeon, serial killer Warren Hoyt, yet the memory of his brutal crimes continues to haunt Boston homicide detective Jane Rizzoli. Now she faces a new killer, a hunter who preys on well-to-do couples. For Rizzoli the death scenes have a horrifying air of familiarity, especially when she realizes that this new killer is copying one obscure element from Warren Hoyt’s crimes.

A new complication arises as a federal investigator from Washington joins the case. Again and again, Rizzoli clashes with Special Agent Gabriel Dean, who shows up at every crime scene. He knows something about this killer, something so politically explosive that he cannot reveal it to her.

Then Warren Hoyt makes a brilliant and bloody escape from custody. Suddenly there is not one hunter on the loose, but two. And they are united, a pair of blood brothers who share grotesque appetites and a combined genius. They have joined forces to stalk the most challenging prey of all, the very woman who now hunts them . . .”

The first Harry Potter book, Harry Potter and the Philosopher’s Stone, was published in 1997 to immediate popular and critical acclaim. Six further best-selling books and eight blockbuster films followed. The books have been translated into over 80 languages, won multiple awards, and sold more than 500 million copies worldwide, becoming the best-selling book series in history.

“Collaboration is the foundation of the standard of living we enjoy today. Trust is the glue. This is the first book that teaches the ‘whats’ and the ‘hows’ of trust. A must-read for leaders at all levels.”

Inferno is the first part of Italian writer Dante Alighieri’s 14th-century epic poem Divine Comedy. It is followed by Purgatorio and Paradiso. The Inferno tells the journey of Dante through Hell, guided by the ancient Roman poet Virgil.

The Power of Now has been widely recognized as one of the most influential spiritual books of our time. A #1 New York Times bestseller, it has been translated into over 50 languages. The book has helped countless people around the globe awaken to the spiritual dimension in their lives, find inner peace, increased joy and more harmonious relationships.

Spring into self-quarantine and practice #socialdistancing during this uncertain time. There is nothing better than a good book to take your mind off the reality of our current circumstances. We hope this list from our XV Beacon staff favorite books encourages you to sit back, and lose yourself into a good book! Patriot Games, By:… 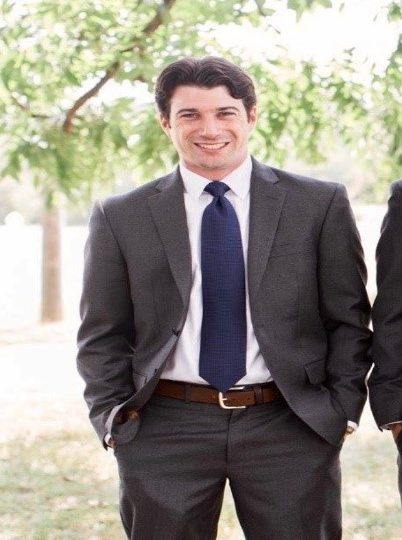 Q & A with our One of our Team Members

Spring into self-quarantine and practice #socialdistancing during this uncertain time. There is nothing better than a good book to take your mind off the reality of our current circumstances. We hope this list from our XV Beacon staff favorite books encourages you to sit back, and lose yourself into a good book! Patriot Games, By:…